Melbourne - The Place To Be

There is much to love about Melbourne. Just ask the locals. This sophisticated world city in the south-east corner of mainland Australia inspires a deep passion in those lucky enough to live here. They love its vibrant energy, staggering choice of restaurants, funky boutiques, café-filled laneways, cool bars, unbeatable galleries, luscious parks and village-like inner suburbs, each with its own special character.

Melbourne, a relatively modern city which is less than 200 years old, never sits still. New futuristic designs add
to the fascinating mix of architecture and ensure the skyline is constantly changing. Melbourne is very much about lifestyle. It is no huge surprise to residents that their city has been named in an international poll as the world’s most liveable city. Melbournians embrace three things in particular:
Sport (Australian Rules football is almost a religion);
Fashion (the look is chic with a dash of quirky); and
Festivals (the calendar is packed year round).

They even embrace their notoriously changeable weather. A standing joke in Australia is that Melbourne can experience four seasons in a day. But, really, it’s just another example of how they have it all!

Sometimes, the best part of visiting a new city is when you unexpectedly depart from the tourist trail and glimpse the city’s “real” side. While the big attractions can be great fun, often it’s the more subtle “insider” experiences that leave you feeling really satisfied.

Here is some inside information to help you discover Australia's second largest city (also the capital of Victoria).
Warning: you might never want to go home.

Focussed around a central business district (CBD), Melbourne's 8,800 sq km of suburbs spread more than 40 km to the south, are hemmed in by the picturesque Dandenong ranges 30 km to the east, extend up to 20 km to the north and sprawl across vast, flat basalt plains to the west. 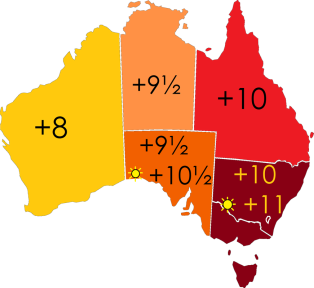 Selection into courses is restricted to applicants who meet the qualification selection criteria. In line with Government policy, students with intellectual and physical disabilities who meet the entry requirements are encouraged to participate in training.

or
Applicants that successfully completed more than half of a course at the Australian Qualifications Framework (AQF) Certificate IV level or higher.

or
Applicants that have passed the entry English placement test.

Please refer to the Courses outline for detailed admission requirements for each course.

Melbourne has a well-deserved reputation for its changing weather. Over the course of a day it can be possible to experience a little something of the four seasons. A tip for any visitor to Melbourne is to be prepared for anything – take an umbrella and wear shorts!
Melbourne has a temperate climate of mild temperatures with four distinct seasons.

City Ambassador volunteers are trained volunteers who rove the city centre retail core in distinctive red uniforms answering all kinds of queries from Melbourne's diverse community - from people who've come from across the world to those who've come from across town. Volunteers provide their services without financial payment and offer a friendly and informative welcome to visitors.

The official travel website for international visitors to Melbourne Australia is Visit Melbourne. Please visit this site to find out more about destinations, accommodation, festivals and events.

Compared to other major Australian cities Melbourne provides a very high quality of life that is also affordable. As a general guide, accommodation, food, transport, clothes and expenses could cost between AUD$19,830 - AUD 25000 or more a year.

Fruit, vegetables and meat are available fresh and at reasonable prices. Clothing and personal effects are usually good quality and available at a wide variety of prices. Below are links to some of Melbourne's Supermarkets. This is only a guide. Remember that you can shop around for items such as clothing and shoes to find a cheaper source.
(All prices are in $AUD)